In the yin and yang duality, yang is active where yin is passive.

Through long, deep and sustained asanas, Yin Yoga will challenge you on an entirely new level. It targets the deep tissues of the muscles to reduce inflammation. Besides physical benefits, Yin Yoga also improves mental health. It teaches you to allow and accept the stage in which you are in, to find peace in the storm, and be present with what arises without fixing it.

The observing stillness of Yin Yoga works as a perfect balance to the dynamic yang-dominated yoga and society, which we’re often in touch with. In our classes, we create a safe and welcoming space for you to reboot and reload.

Rodrigo Fernandes is a musician, yoga teacher and martial artist, holding a black belt in Brazilian Jui-Jitzu, which he has been teaching since 2010. While teaching and working on obtaining a Master's degree in engineering, he also became attracted to the path of yoga, seeking a deeper philosophical knowledge.

His work as an engineer and his involement in martial arts were both dominated by the pursuit of goals and achievements, but his exposure to yoga lead him to consider a change in this path. After taking a sabbatical year, hiking in the mountains of South America, he realiszed that yoga and Jui-Jitsu are a natural symbiosis, which beautiful compliment each other.

Nowadays, Rodrigo promotes the connection of body, mind and spirit through mindful living. He embraces yoga as a holistic system; his teaching focus on alignment, sensory awareness, meditation, philosophy and breath in a creative flow of both passive and dynamic practices. His style is influenced by Hatha, Vinyasa, Iyengar and Yin Yoga, as well as his experience with Brazilian Jui Jitsu. In his classes, Rodrigo aims to support each student in their individual needs and encourages self-observation in order to be mindful and not overdo anything.

Rodrigo is open-minded towards different possibilities for inner growth and continuosly studies new aspects of yoga. Through the holistic approach of yoga and martial arts, he is able to share his knowledge and promote wellbeing. Rodrigo sees the influence these teachings and experiences have had on his own life, and helps others to also benefit from them.

The longer you hold, the deeper you heal, and the better you will feel. 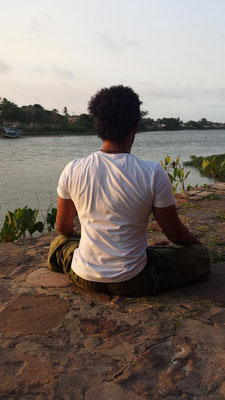 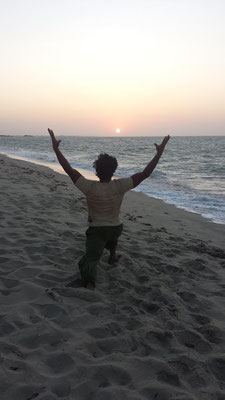 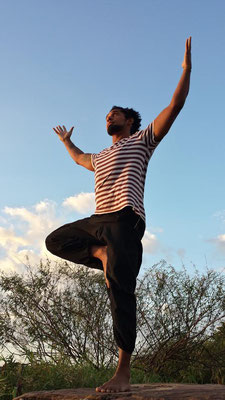 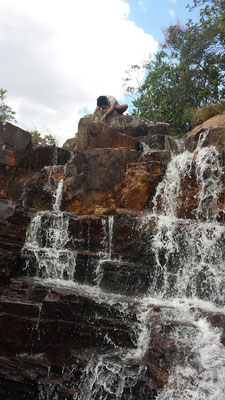